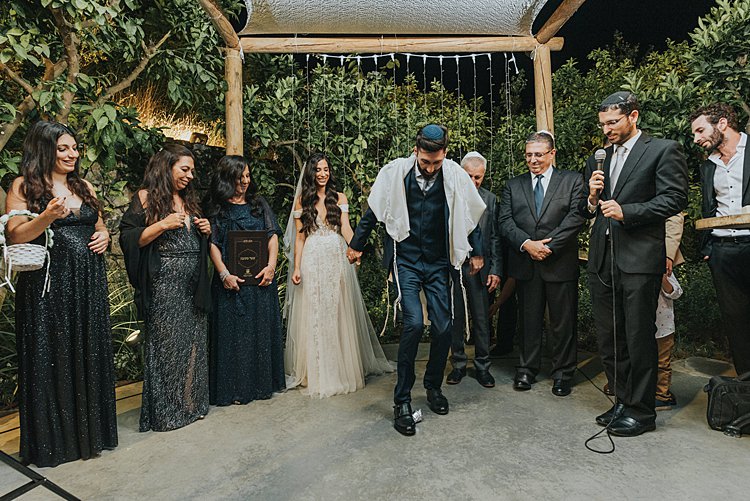 Okay, HOW incredible are Smashing The Glass Recommended Vendor Jossef Si’s photos of today’s Jewish wedding?The composition, the lighting, the emotion… they’re somehow totally natural and full of personality, yet also look like they could’ve come straight out of the pages of a glossy magazine.

It doesn’t hurt that Nofar, a project manager, and Zahi, a developer, are a super stylish couple – though believe it or not, they actually hate having their pictures taken, and they put the effortless, natural shots they ended up with down to Jossef’s calming demeanor and warm sense of humor.

Neither does the bride’s stellar fashion sense: she wore not one but two incredible Israeli designers, starting the day in Berta, and later changing into a shorter, lighter, party-ready number by Dana Harel.

And we also love that Nofar made a spontaneous on-the-spot decision to give a wedding speech! We’ll let her fill you in on the rest of this fab day… 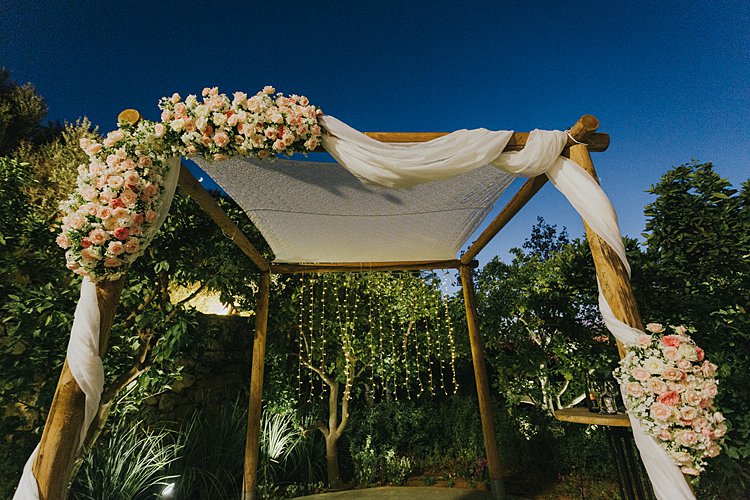 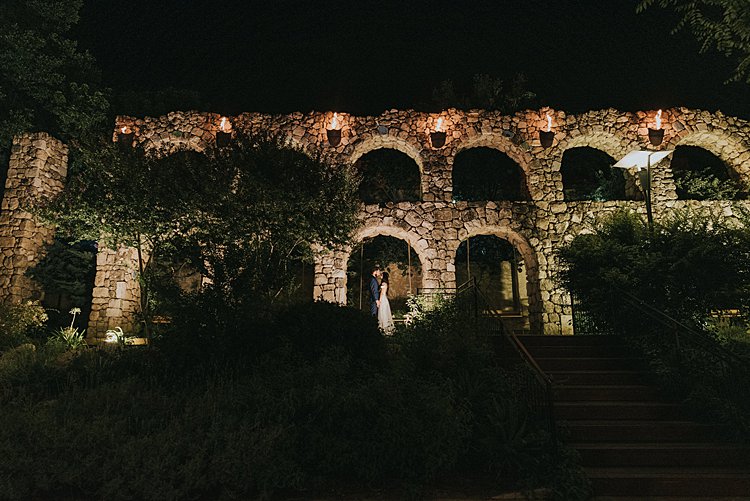 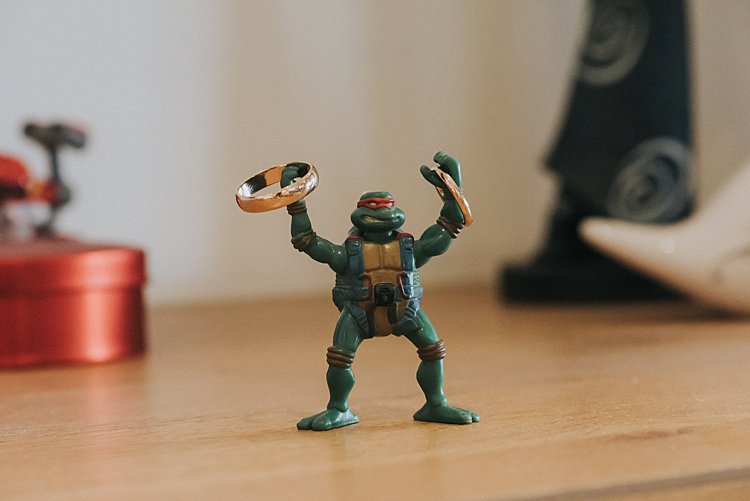 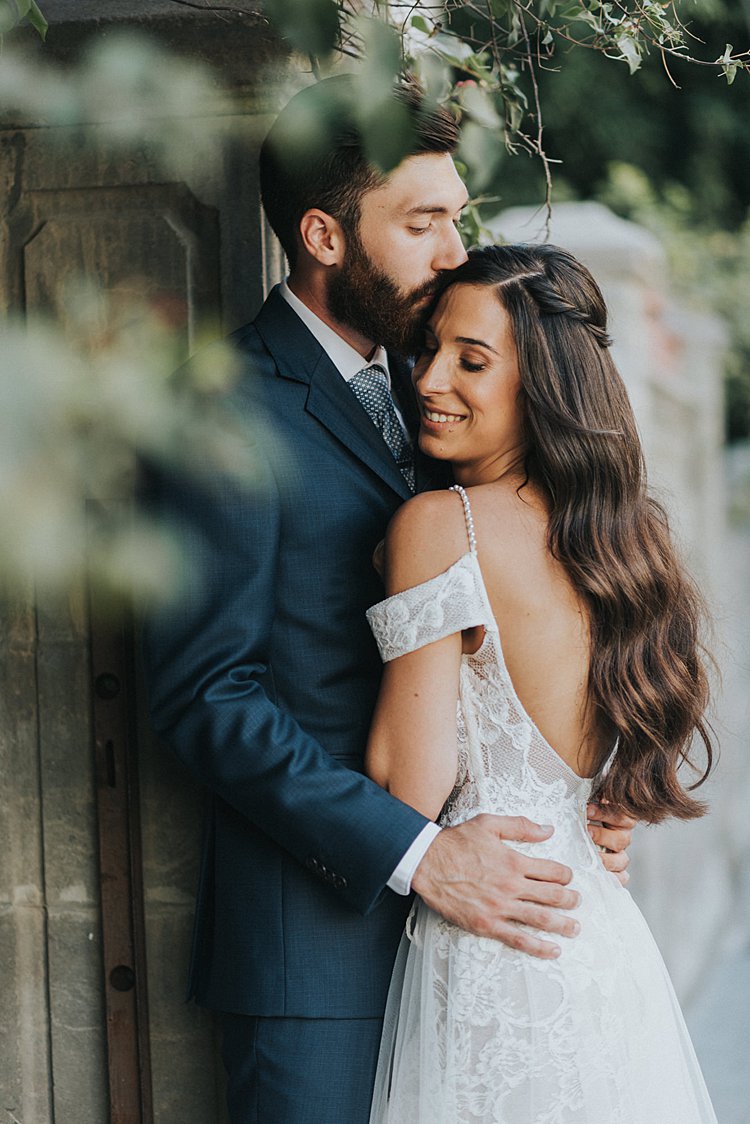 Nofar, the bride: We first met after Zahi sent me a message and my cousin decided to answer him (although I wasn’t a great believer that I would ever meet my half). After a few minutes of texting from my cousin, I realized ‘this guy is special’.

The first date finally came. I had decided to call it off (typically me…), somehow Zahi convinced me to come and my cousin insisted, as she said ‘worst case you will drink a good beer/wine’… I told Zahi I would come alone without him picking me up from my house, but as I arrived at the place I thought was the location I got stuck and spent 20 minutes looking for a way out of the street where I parked my car…so..I had to tell Zahi eventually to come and look for me.

He came on his motorcycle, took his helmet off, we burst out laughing, and everything is history… ☺

END_OF_DOCUMENT_TOKEN_TO_BE_REPLACED 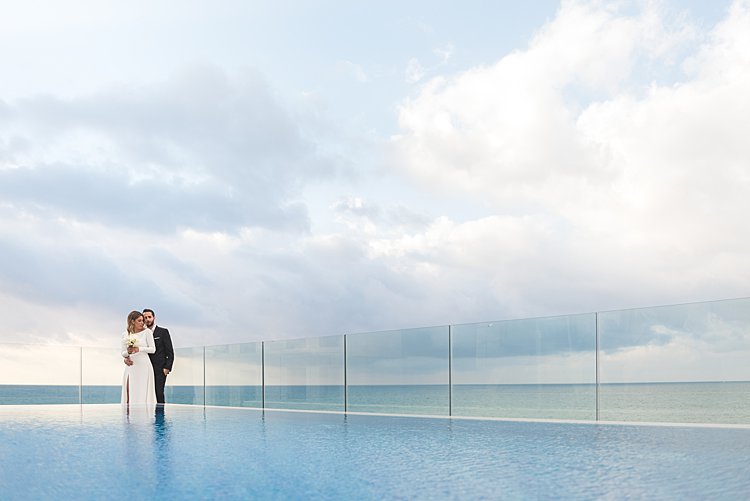 When the bride’s a designer, you can be pretty sure you’re going to end up with one seriously stylish wedding. And that’s exactly what you get in the gorgeous Jewish wedding of May, an interior designer and home stager, and Tomer, a businessman.

Given the pair’s focus on design, it’s no surprise they went for Smashing The Glass Recommended Vendor Luz for photography and videography. Luz’s distinct trademark style – their symmetry, their straight lines, their composition, how they present the couples as a natural part of the architectural landscape – was right up May and Tomer’s alley (and the couple were so thrilled with the results that they’re hanging a massive print of one of the architectural landscape shots in their living room!).

We also love their floral design – not only is it beautiful, but each centerpiece doubled as a gift to their guests. Such a great favor idea – and a smart way to make sure those flowers you splurged on get to be enjoyed for more than a few hours.

Now over to May, who worked with designer Dana Harel to create a custom wedding gown that was a perfect reflection of her style… 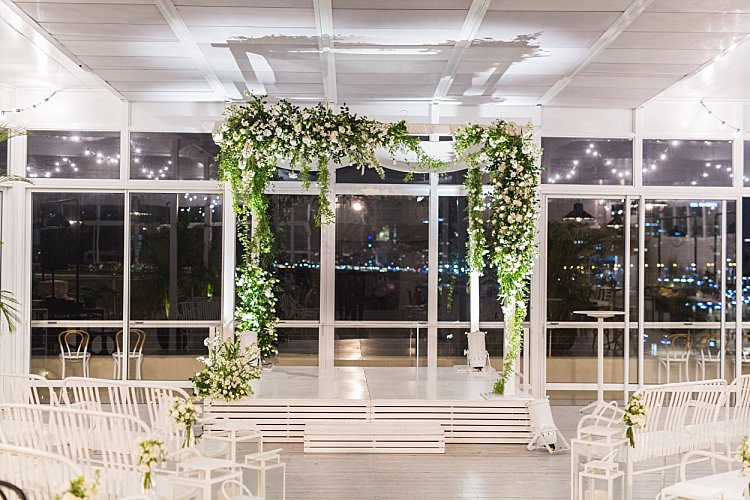 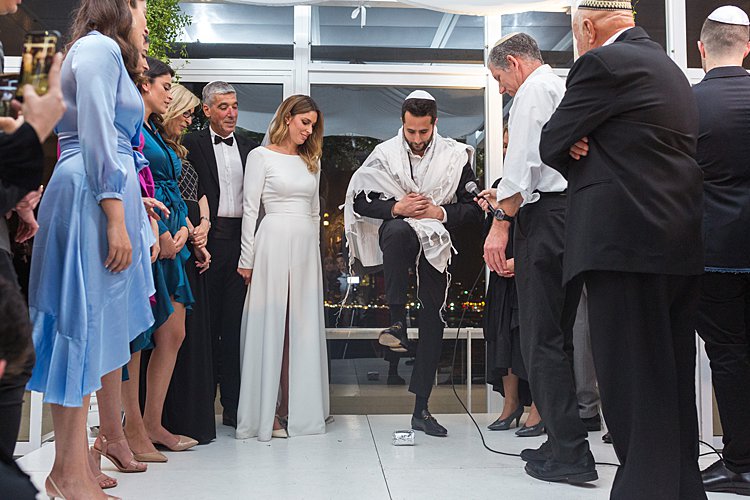 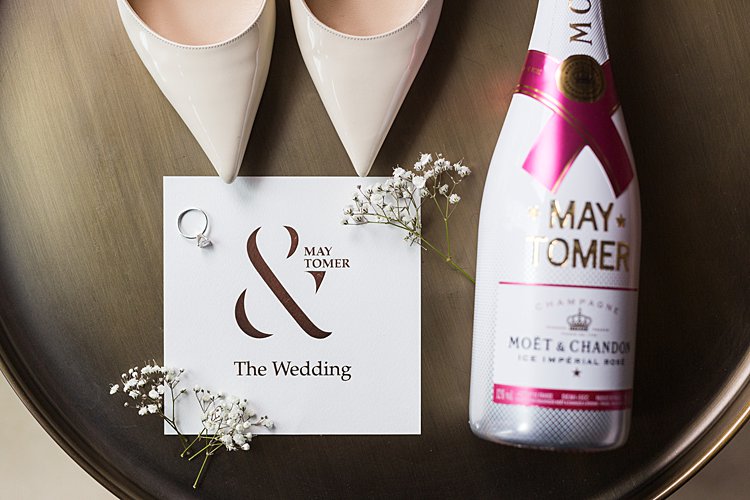 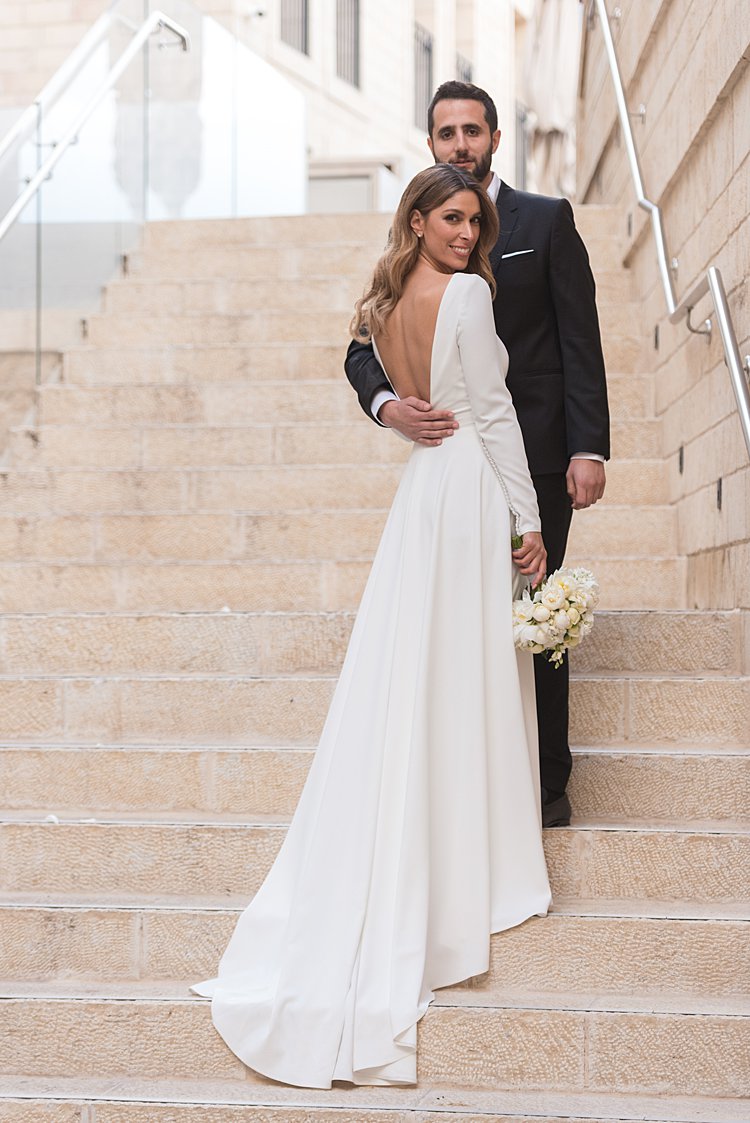 A Wedding by the Sea

May, the bride: We always knew we wanted an intimate wedding by the sea. Bait Al HaYam was the first venue we saw, and we just knew that it was where wanted to get married. Bait Al HaYam is located in old Yafo, and that alone sealed the deal; it was a nice addition that they made it feel like home.