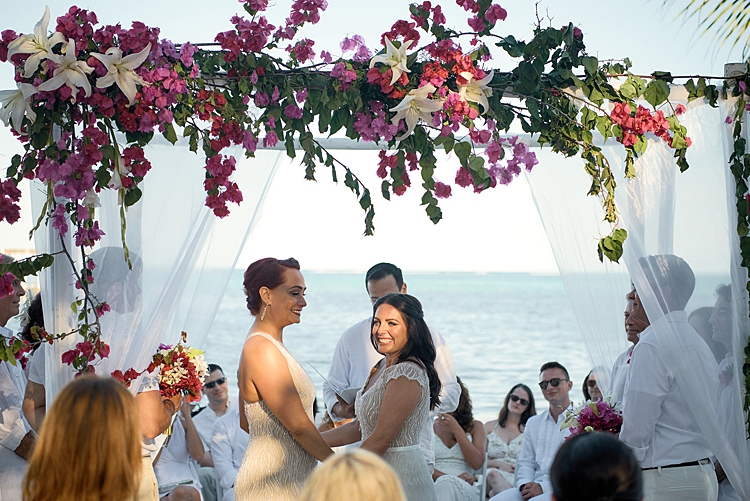 There’s so much to love about the chilled-out beachside Jewish wedding of beautiful brides Ashley, a beloved member of our Smashing Life Jewish community, and Amanda! Obviously the setting was second to none, and we love that the couple’s top priority in planning the day was making sure their 90 guests had a blast.

We’re obsessed with their gorgeous ceremony in the round (held right on the beach, naturally), which lent the proceedings an intimate feel and meant as many guests as possible got a front-row view. Ashley and Amanda walked down separate aisles, meeting in the center under the chuppah – love it!

Ashley and Amanda both work in the fashion industry, so naturally choosing their gowns was serious business. Ultimately, the opted to work with New York-based designer Bevin Dillon to have their dresses custom made – both choosing the same beaded champagne fabric to have two totally different, and totally gorgeous, designs made. Don’t miss them in the wonderful photos by Leonardo Melendez!

We also love the pair’s approach to our favorite Jewish wedding tradition, smashing the glass! Both Ashley and Amanda were apprehensive about trying to break a glass with their heels on the sand, so instead they opted to do the smashing with hammers, festively wrapped in blue ribbon! Other things we can’t get enough of: the couple’s modern marble geometric ketubah from Smashing The Glass Recommended Vendor Ink with Intent, and the fact that the duo opted to highlight Ashley’s late mother’s favorite flowers – bougainvillea and orchids. How beautiful?!

Now over to Ashley… 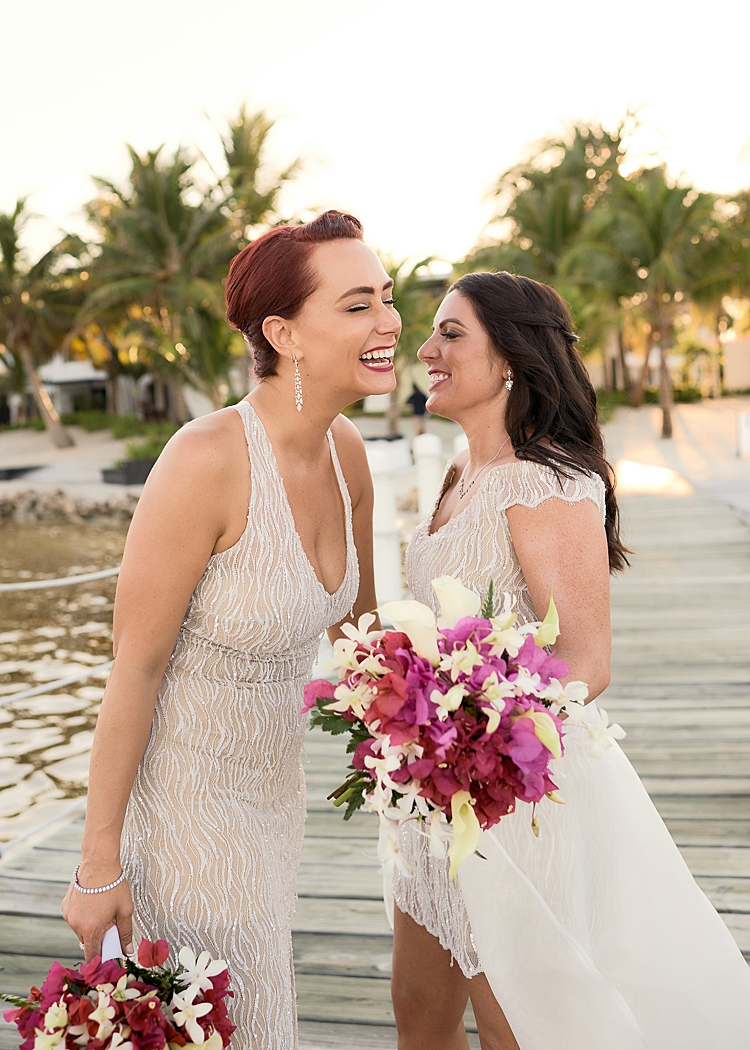 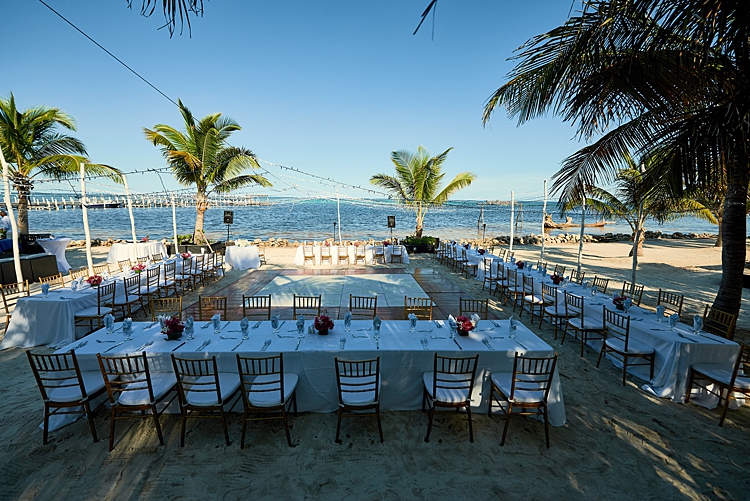 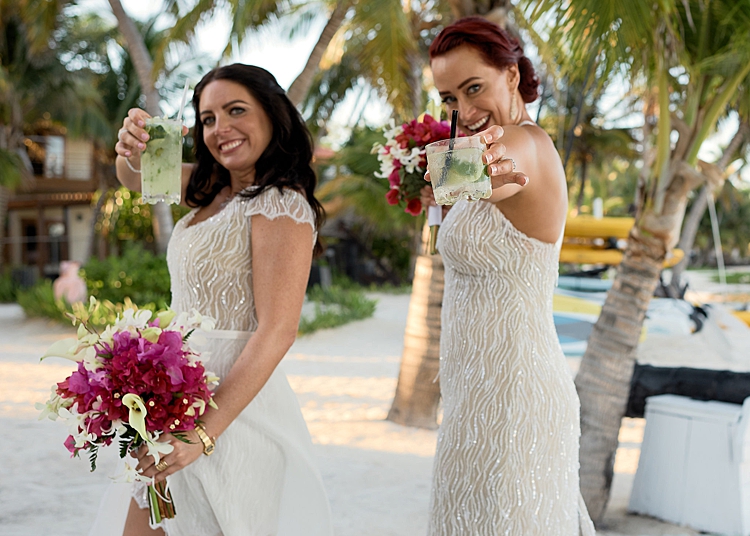 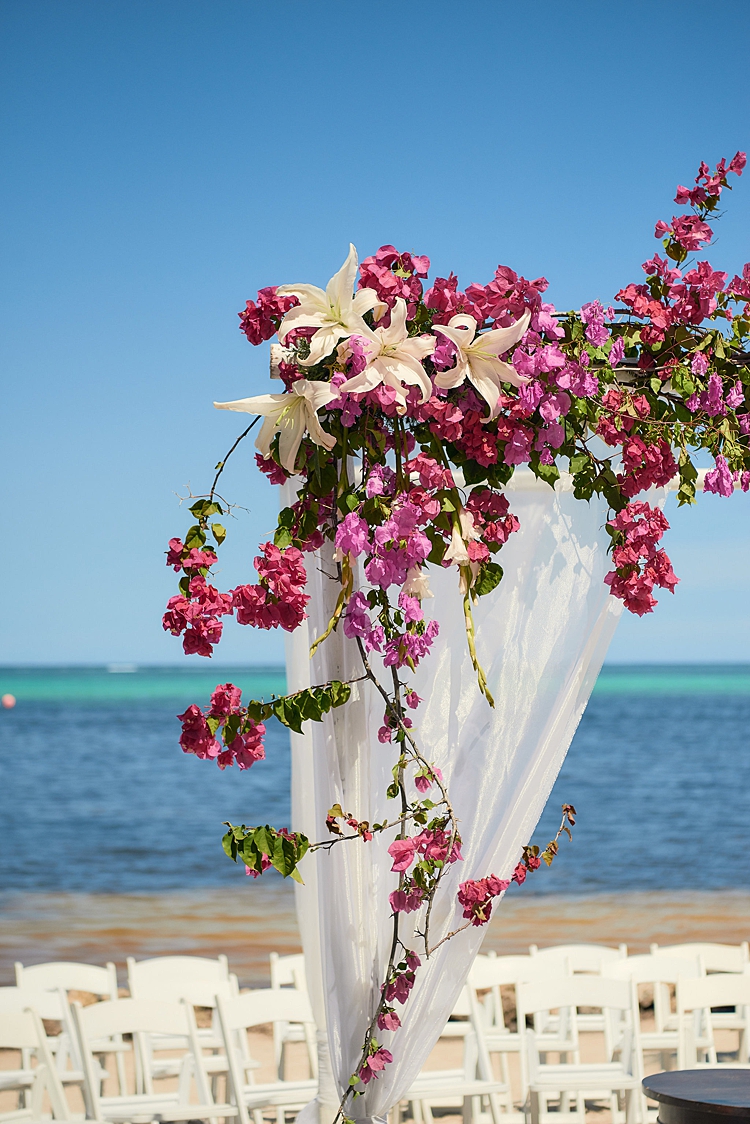 Ashley, the bride: Amanda and I are both in the fashion industry in Los Angeles. At the time we were both sales managers for different fashion brands and they were represented by the same showroom in Atlanta. We were at a fashion trade show in Atlanta and Amanda hit on me with an awkward pickup line that I rebuffed because I was in a relationship, but I was secretly intrigued.

We chatted a bit that night before she had to catch a flight back to LA and then we followed each other on social media. We ran into each other a couple years later at another fashion trade show in Dallas and could no longer ignore the obvious spark that was there. We’ve been inseparable since. END_OF_DOCUMENT_TOKEN_TO_BE_REPLACED