Home > Passover in the Time of Social Distancing 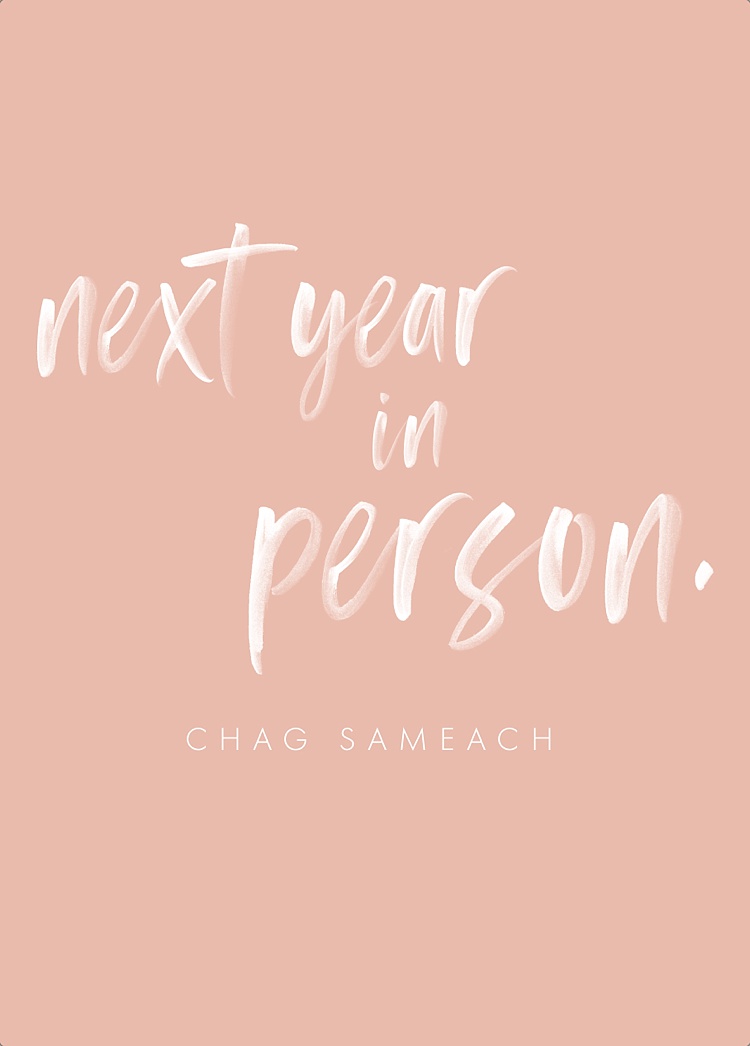 Made by Rebekah’s #NextYearInPerson Campaign

Why is this Passover different from all other Passovers?

One of the most important and beloved times of the Jewish year, Passover starts tomorrow night. But for most of us, the holiday isn’t going to look the way we expected it to. Social distancing means no getting together with friends and family for seders, and grocery limitations will likely lead to some lackluster menus.

As Smashing The Glass’s Community Manager, I know so many of our Brides Club members have had to cancel long-held plans to celebrate with loves ones, in favor of staying home. 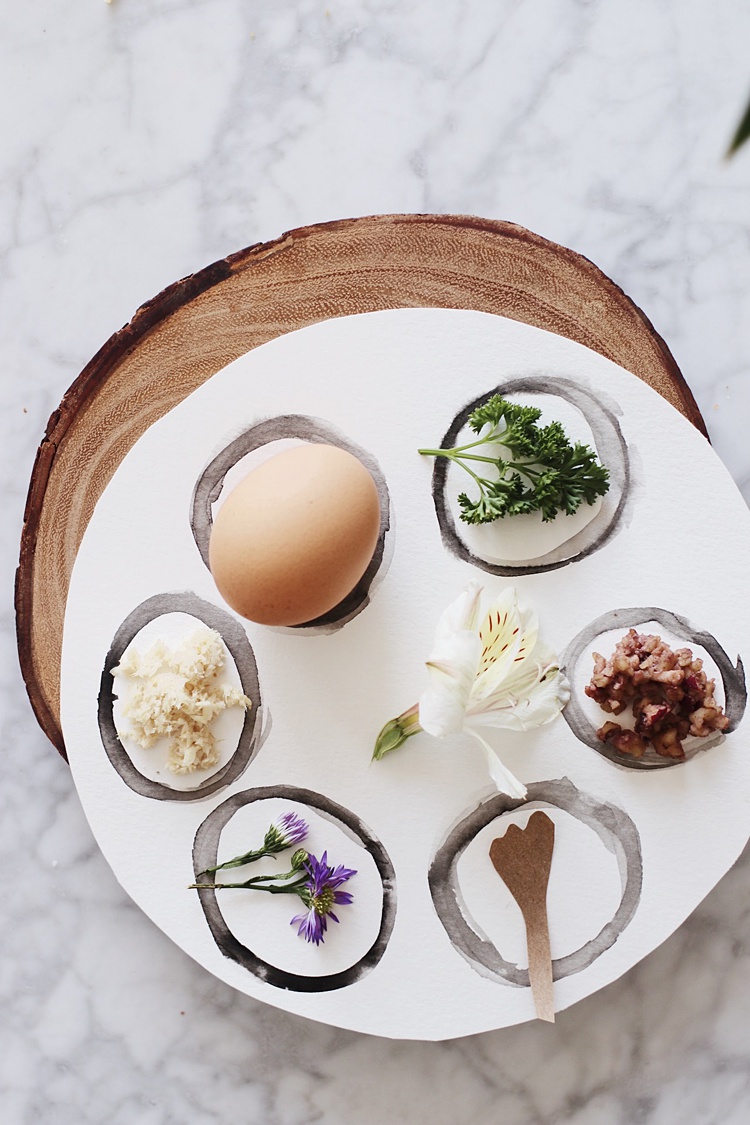 No seder plate, no problem: Made by Rebekah‘s got a great tutorial for making your own.

I feel you. As The World’s Singlest Wedding Blogger™, I’ll be spending Passover all alone in my studio apartment in New York City, which seems to be the world’s coronavirus epicenter at present. It all happened gradually, and then suddenly, and by the time I realized how serious the situation was, and long it was likely to last, it was really out of the question to travel out of state to be with my parents.

I’m going to be honest, it’s pretty scary here. I haven’t left my apartment in three weeks (I think? Time is weird now)—not even to go to the grocery store. For a while it was looking iffy as to whether or not I’d even get my hands on a box of matzah (thankfully, I was able to secure myself a grocery delivery slot, eventually). Other than a furtive thank you to said grocery delivery guy, I’ve had zero human contact that hasn’t taken place through a screen. 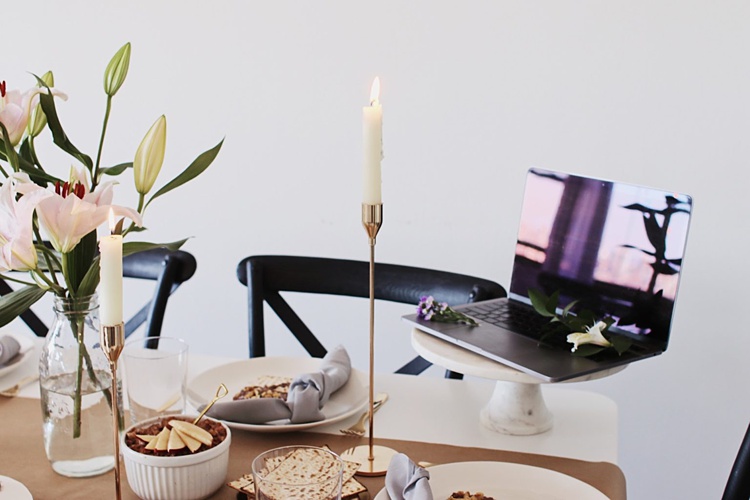 The prettiest Zoom seder you ever did see, courtesy of Made by Rebekah

We’re lucky to live in a time when it’s so easy to be virtually connected, of course, and where Zoom seders are a possibility. But it’s not the same. And whether you’re in lockdown alone, with a partner, or even with a kid or two, it’s never easy. Nothing drives it home (or not, haha) like a holiday. It’s okay to be sad. I certainly am.

In addition to the plethora of roles I serve at Team STG, I also run Poppy and Prune, a Jewish food history and culture blog, and so it was only natural for me to conclude that it might be worthwhile to spend some time reading up on how Jews have observed Passover in difficult circumstances throughout history. Because the truth is, while what we’re facing this year is totally unprecedented for most of us living today, throughout history there’ve been plenty of plagues afflicting the Jewish people—both literal and metaphorical ones.

From the very first Passover, when the ancient Israelites had to pack up and flee without even letting their bread rise, through the years of the Spanish Inquisition when crypto-Jews who’d converted to Catholicism to survive tried to observe the holiday as best they could without being discovered (and, as time passed, with limited knowledge of Judaism), to the Holocaust when Jews celebrated Passover in hiding and even in concentration camps, and in the Soviet Union when Passover observance—even if it involved little more than eating matzah—was a touchstone of Jewish identity, there’ve been many, many times when “normal” holiday observances were severely disrupted.

And of course there were plenty of more mundane Passover challenges too, in years of famine and plague—more like what we’re facing today. 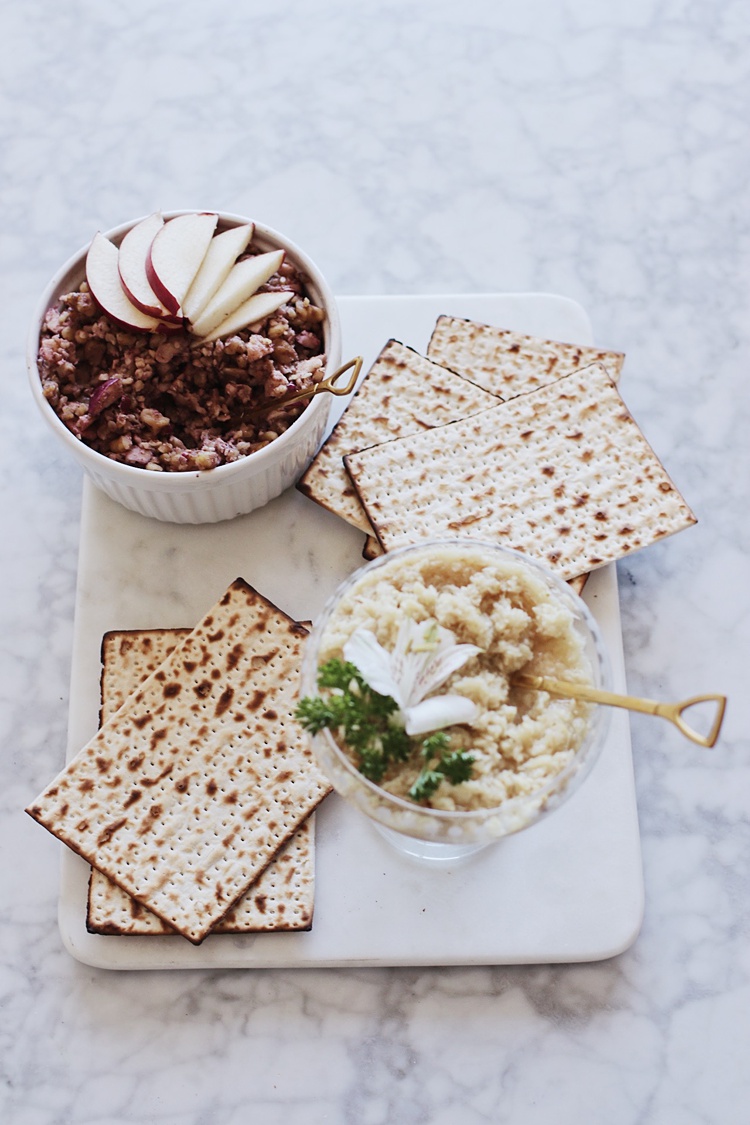 Photo by Made by Rebekah

There’s no question that these stories are horrific and heartbreaking—if you’re curious to learn more, check out this recent post I wrote on Poppy and Prune—but they’re also inspiring. Taking a long view, it’s easier to see how observing Passover the “right” way can mean different things at different times, in different circumstances. Sometimes it means risking it all to obtain matzah. Other times, it might mean eating bread. And now, in 2020, it’s going to mean staying home. And we’ve all got to live up to that challenge as best we can.

I know it’s not going to be easy, but Karen and I and all of Team STG are sending you so much love and strength for powering through the strange holiday that awaits, whatever that means for you.

You’ve got this—we all do!