Home > Is the Buddymoon the New Honeymoon?: Here’s Why You Should Consider Bringing Your BFF’s Along for the Ride {with Mr & Mrs Smith} 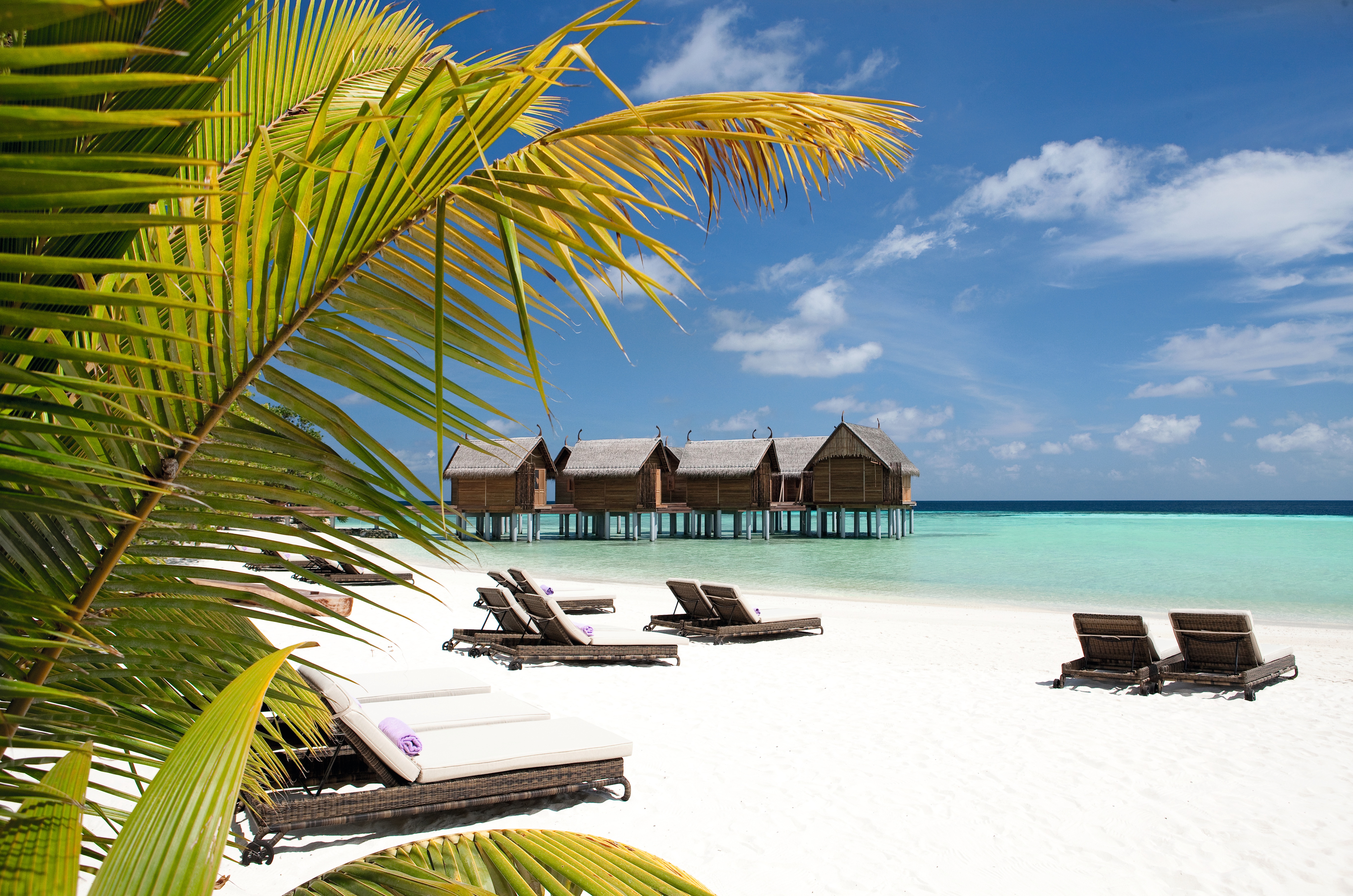 Your honeymoon should be the trip of a lifetime. Of course you want to capitalize on the chance to spend quality time with your new spouse, but what if you brought some of the other most important people in your life along for the ride too?

Today we’re talking about how you can have it both ways with Elise Tagatac, who heads hotel partnerships for Mr & Mrs Smith, the award-winning boutique-hotel booking business boasting a collection of more than 1,000 boutique and luxury hotels (all hand-picked and anonymously reviewed). 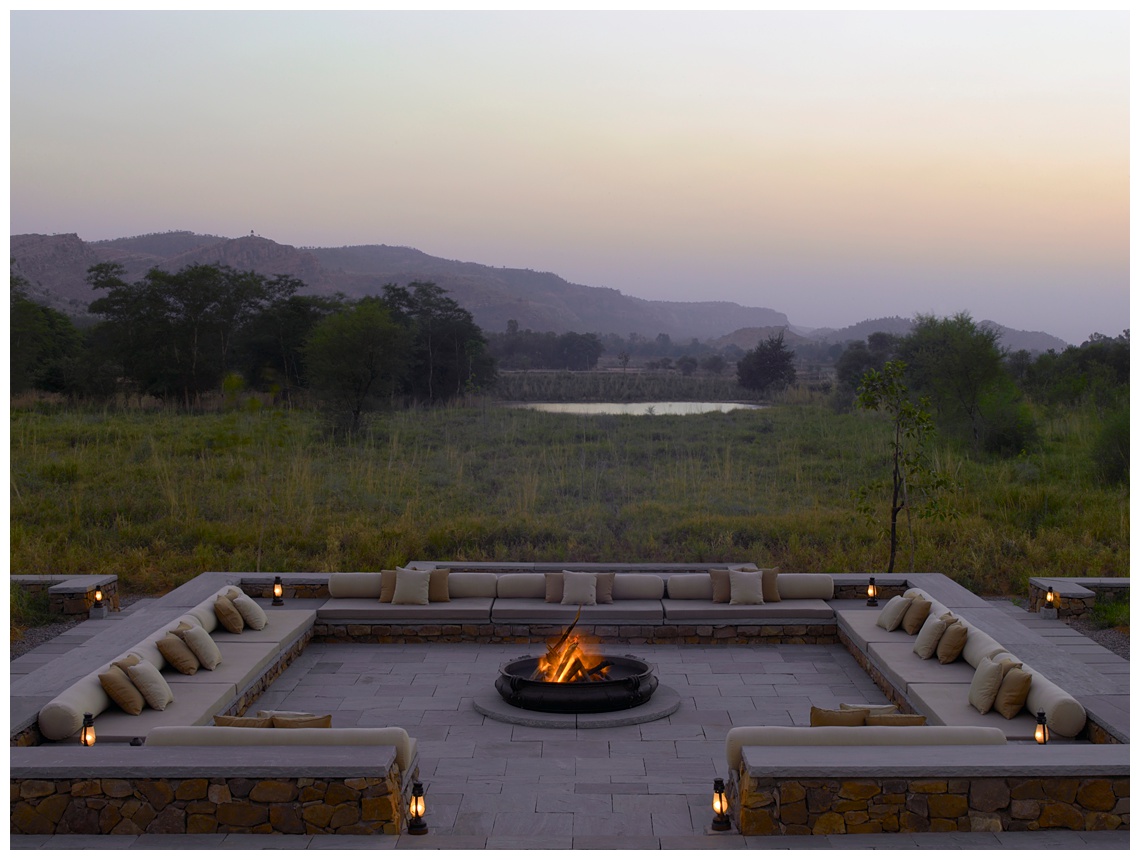 A travel club for true hotel connoisseurs, Mr & Mrs Smith is a brand that I’m absolutely obsessed with. Mr STG and I planned our own honeymoon (to the Bellevue Syrene on the Amalfi Coast!) with Mr & Mrs Smith, and we were just bowled over by the ridiculous beauty and off-the-charts service. Ever since, they’ve been our go-to when searching for a weekend getaway destination, and they’ve never let us down — on the contrary, they continue to surpass our expectations time and time again. 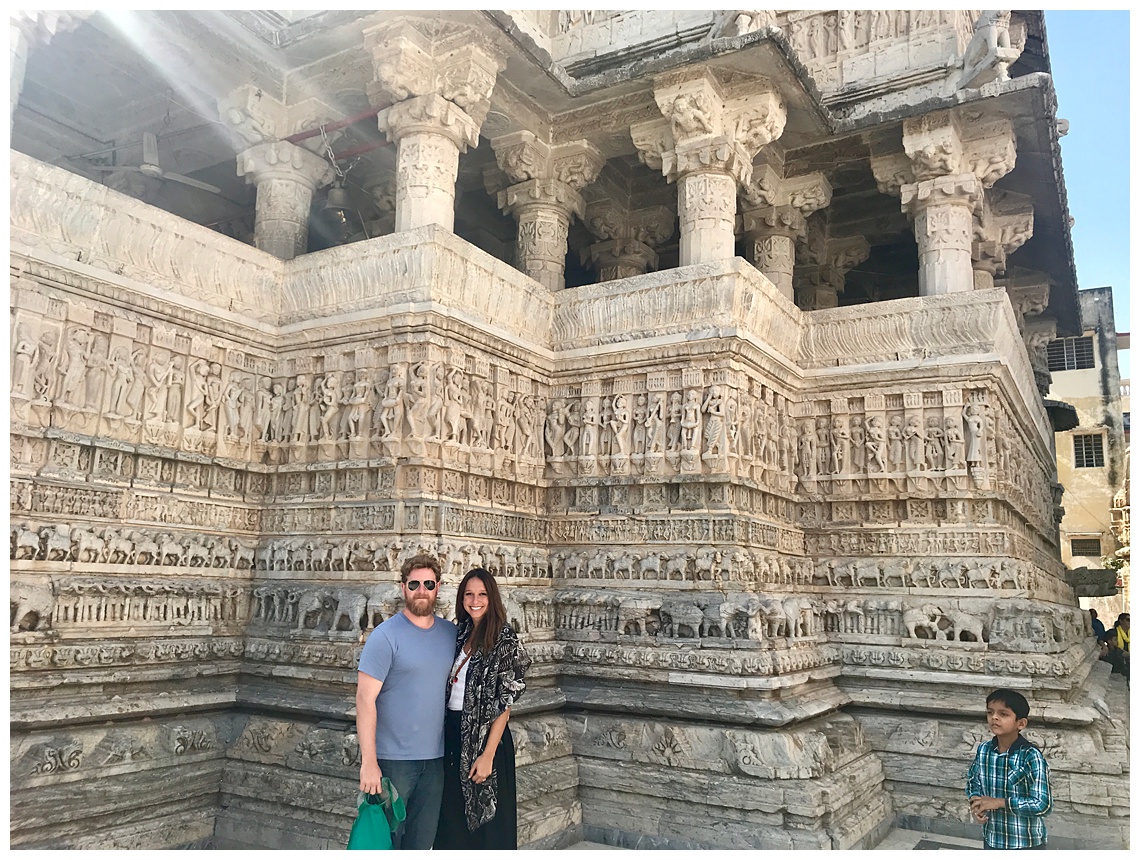 As the head hotel hunter for this fab company, Elise knows more about planning the ultimate honeymoon than just about anyone. So what did she do for her own honeymoon?

Elise had the absolutely genius idea to split her big trip into two: the first half was a buddymoon — a holiday to a romantic destination with a group of friends — where she, her new husband, and their crew took in the splendor of India. The second half saw the newlyweds taking off solo, first to take in some of India’s most romantic spots, and then for private island paradise in the Maldives. 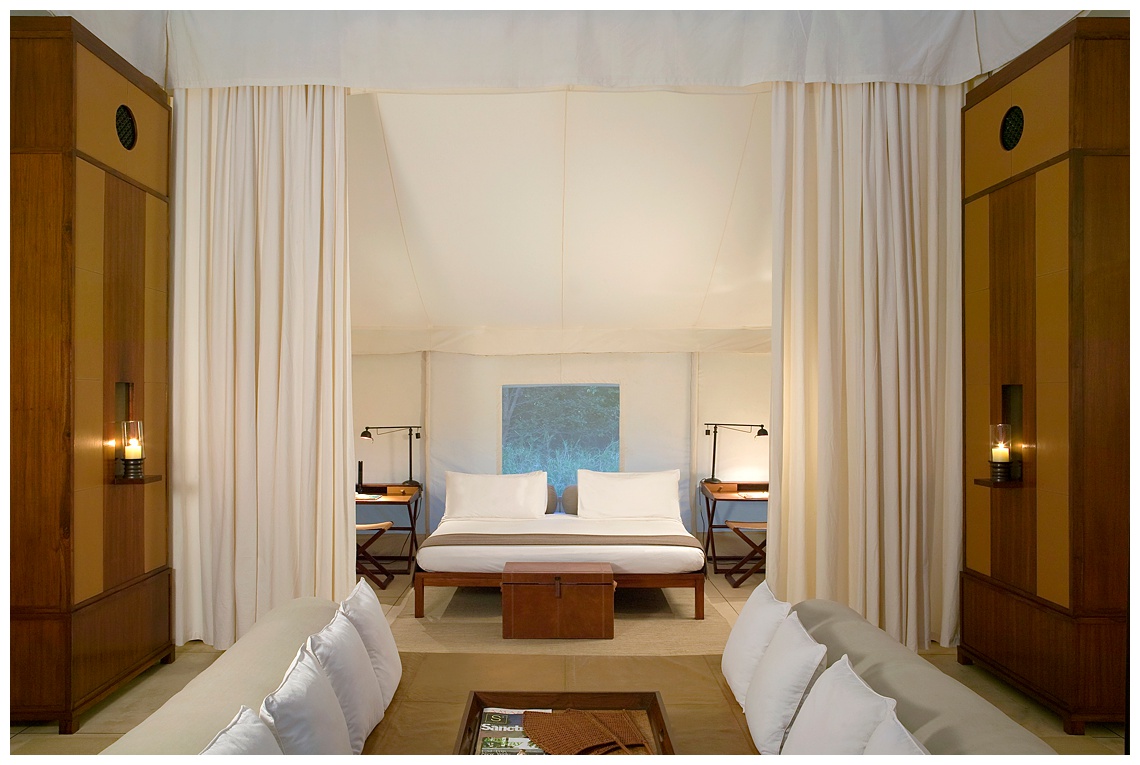 I just love the idea of a buddymoon, and it’s one that’s been gaining popularity among newlyweds. It’s not only a great way to include some of your nearest and dearest in a very special experience, but it can also lead to super savings in the form of group discounts, shared villas, and so on.

And given that a honeymoon is usually a fairly long trip, dividing it up between group time with your buddies and one-on-one romance with your honey, as Elise did, makes perfect sense. Her honeymoon hit the perfect combination of togetherness and alone time, adventure and relaxation, with Mr & Mrs Smith’s unwavering commitment to absolute luxury underlying every step. 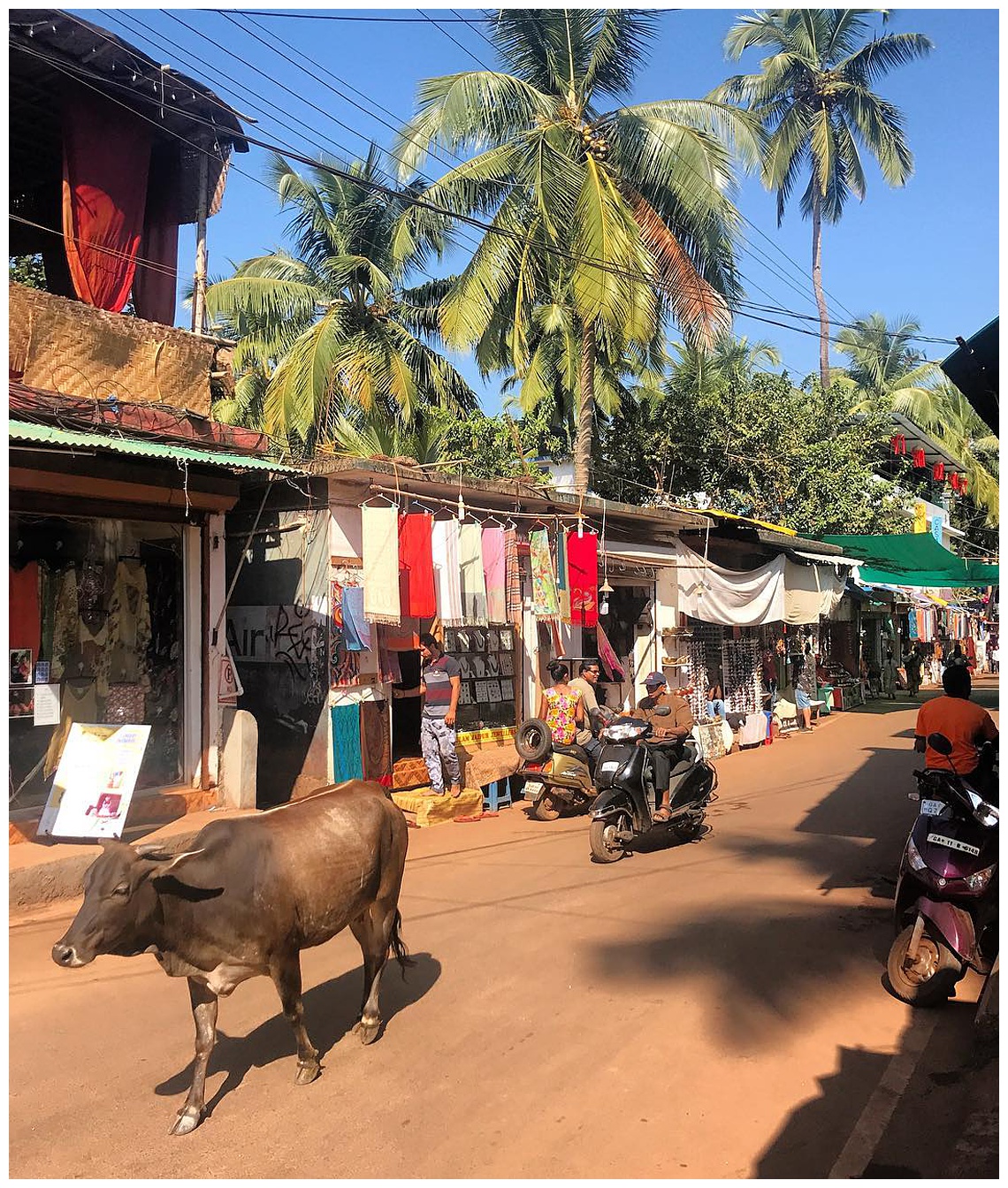 Now over to our interview with Elise, who’ll fill you in on the details of her once-in-a-lifetime trip and share some tips for planning a buddymoon of your own… 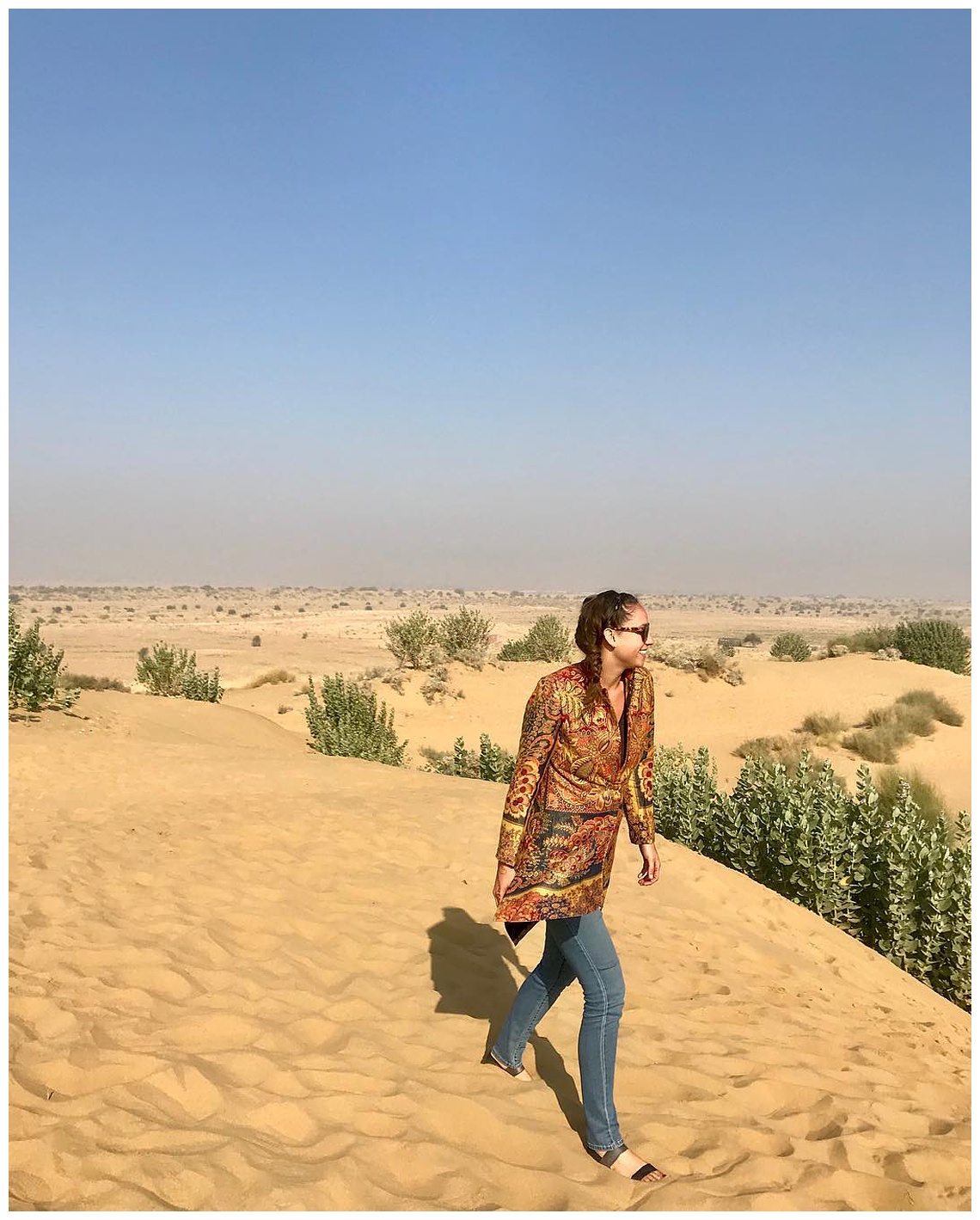 For the uninitiated, what exactly is a ‘buddymoon’?

Elise: A buddymoon can just be a holiday to a romantic destination with a friend or group of friends. In our case, my new husband and I spent part of our actual honeymoon traveling with our friends. 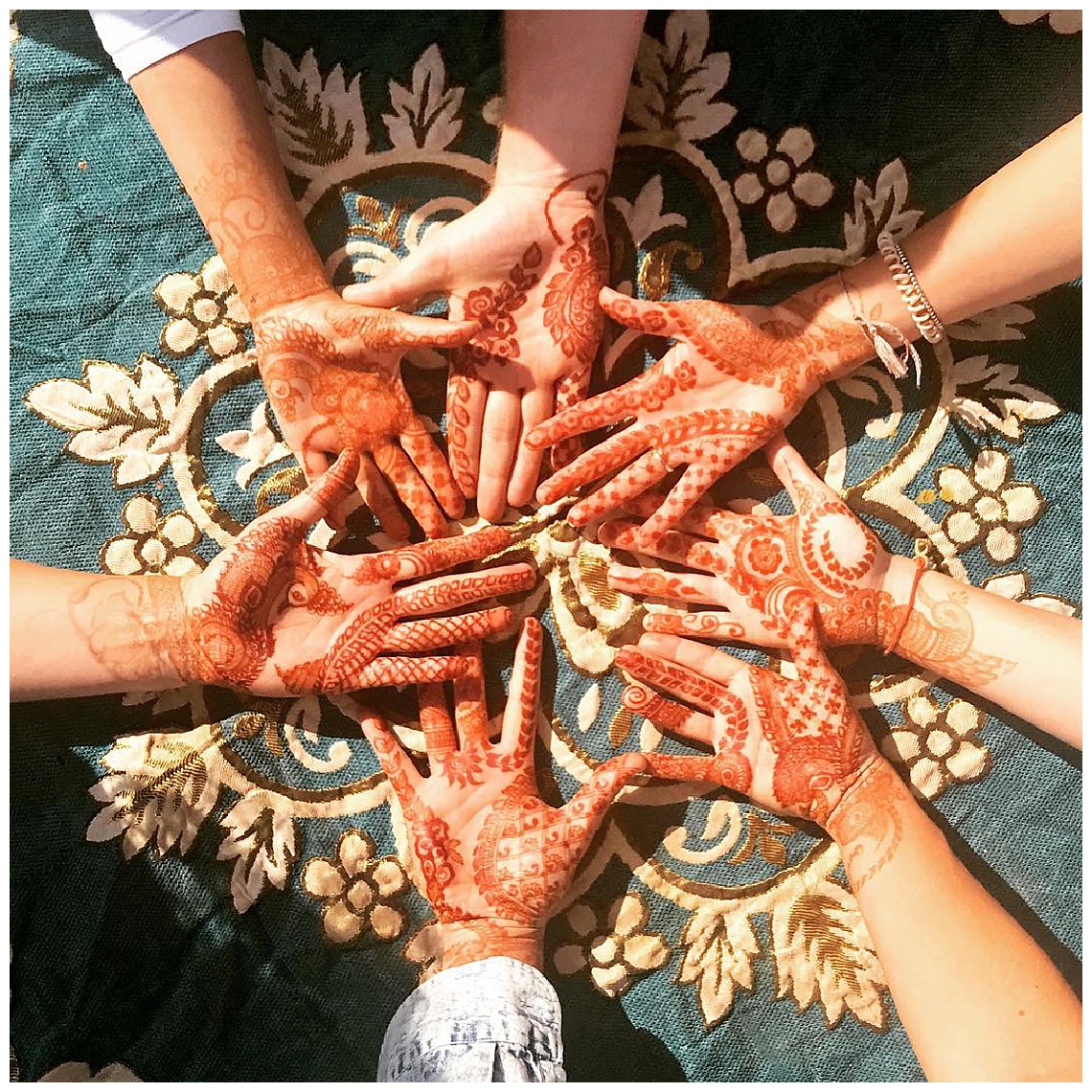 People usually give honeymooning couples plenty of privacy — were people surprised you’d chosen to spend yours with other people?

Elise: No, not at all, probably because we had a week just to the two of us (in some really special hotels) after breaking off from the group.

So how many of you were there and where did you go?

Elise: There were six of us in India, led by our friend who has family in Udaipur. We started off in Mumbai and rang in the new year in Goa before exploring Udaipur, Jodhpur, Jaisalmer and Jaipur in Rajasthan. 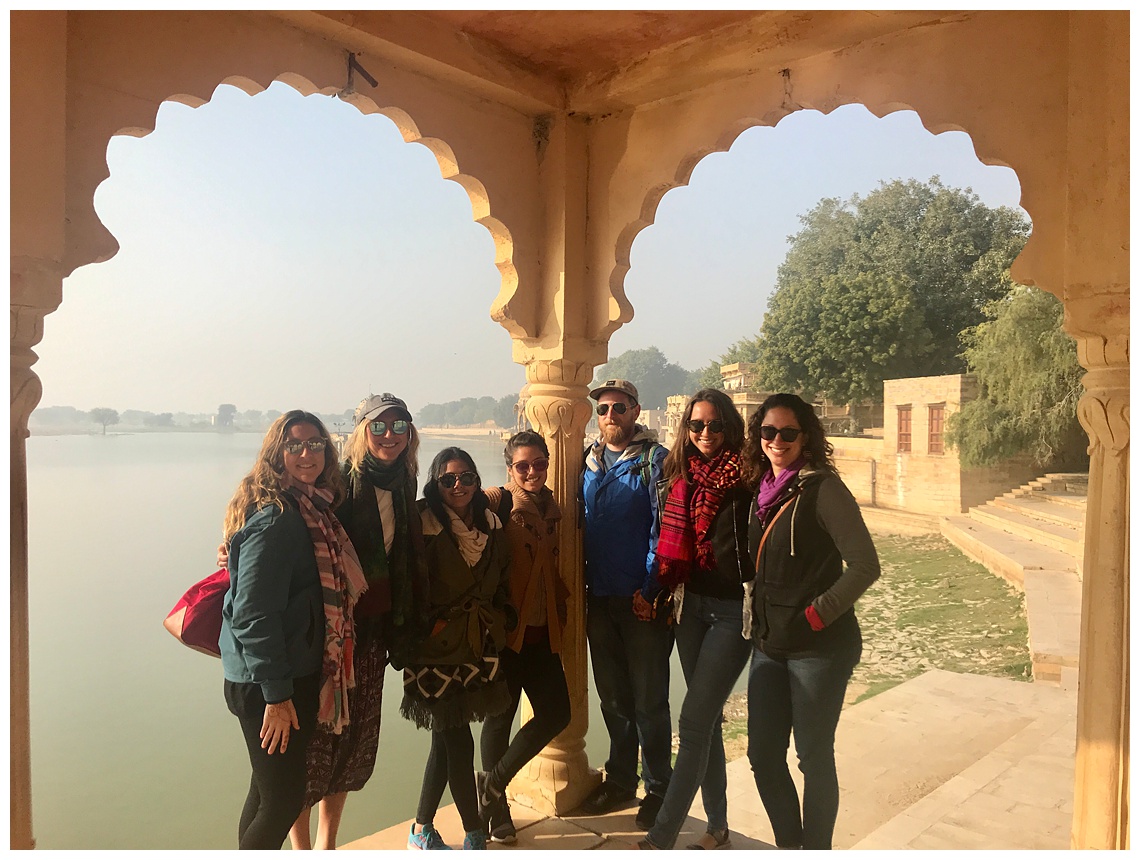 How much time did you all actually spend together? Was it a come-and-go as you please affair, or had you planned an itinerary?

Elise: I work in travel so don’t go anywhere without an itinerary! 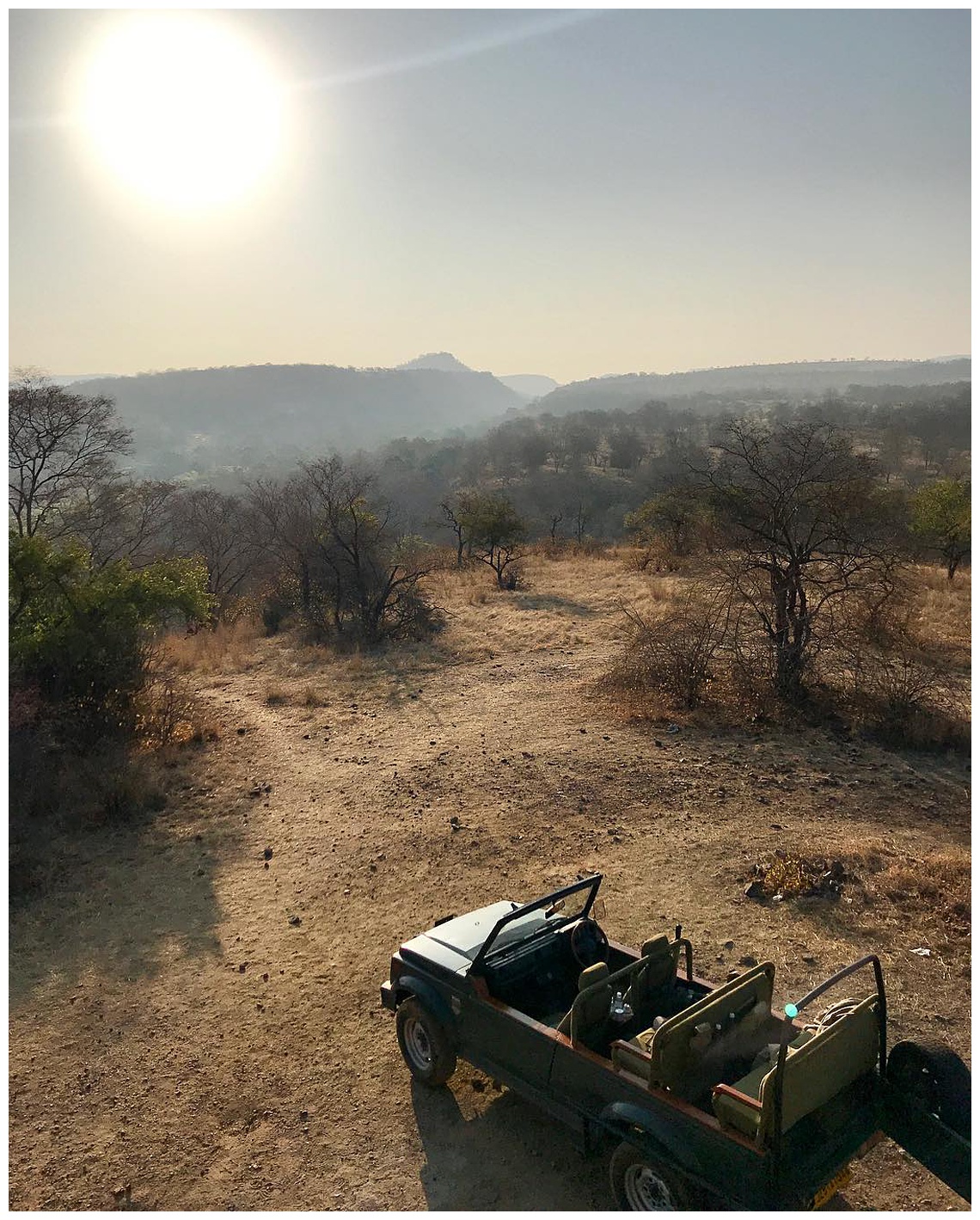 It’s always nice to have people around at New Year, right?

Elise: Yes, especially when these were the friends we’d have been with on New Year’s Eve in New York, anyway. 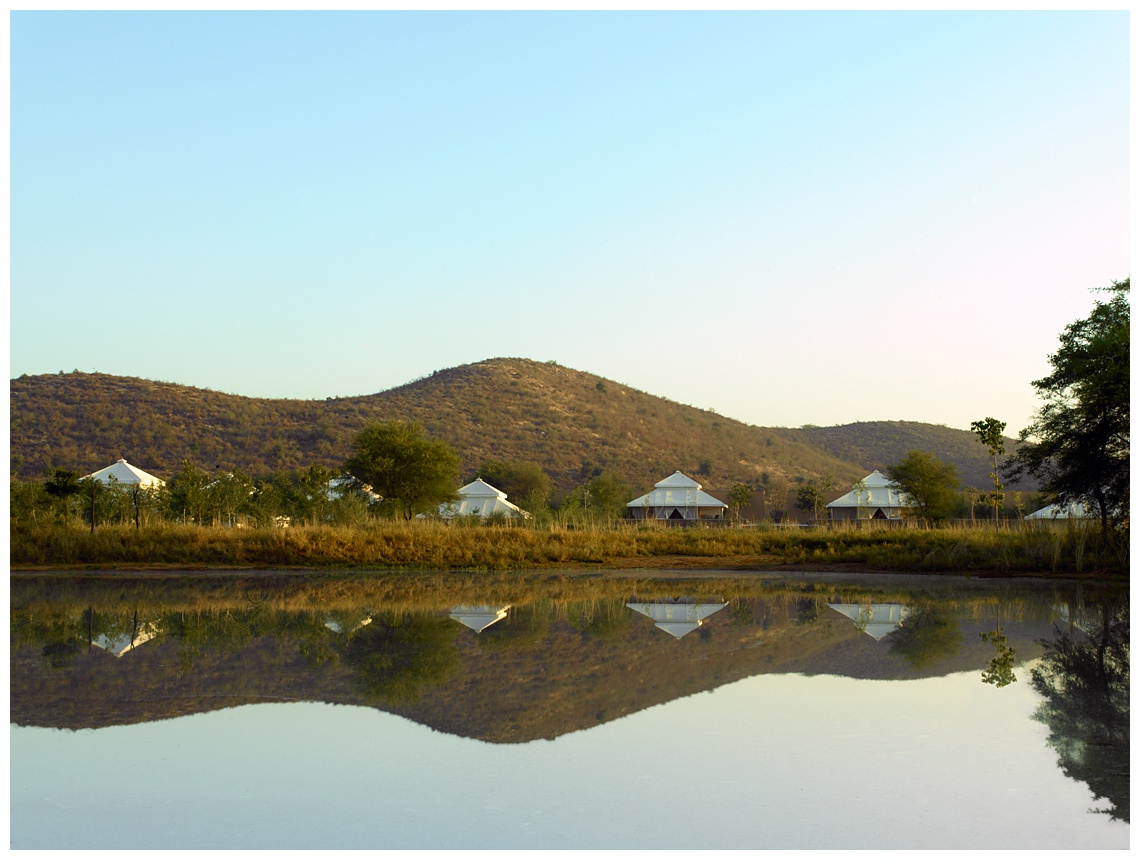 You then took off travelling in India — where did you visit as a duo?

Elise: We started at a place I had been wanting to visit for a long time: Aman-i-Khà¡s. It’s a property made up of 10 luxury tents, right next to tiger spotting territory of Ranthambore National Park. Then we had one night at the Lodhi in Delhi before taking off for one last bit of luxury… 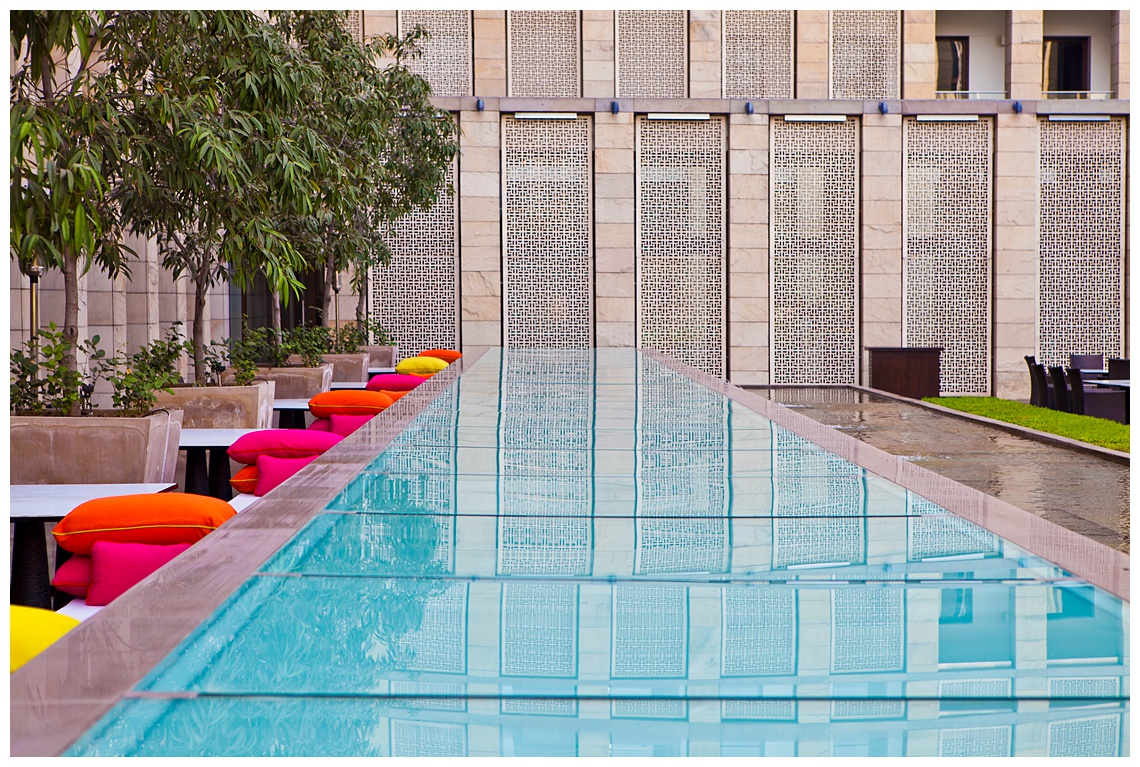 Ah yes, the sweetest finale of all: five nights in the Maldives… How was the solitude after all the bustle of India?

Elise: We definitely did it the right way round! Who doesn’t want a few days to unwind on a private island after experiencing the wonderfully chaotic culture of India and before returning home to work? We stayed at Constance Moofushi in the South Ari Atoll of the Maldives, which is known for incredible scuba diving and whale shark sightings — we have great memories of both. 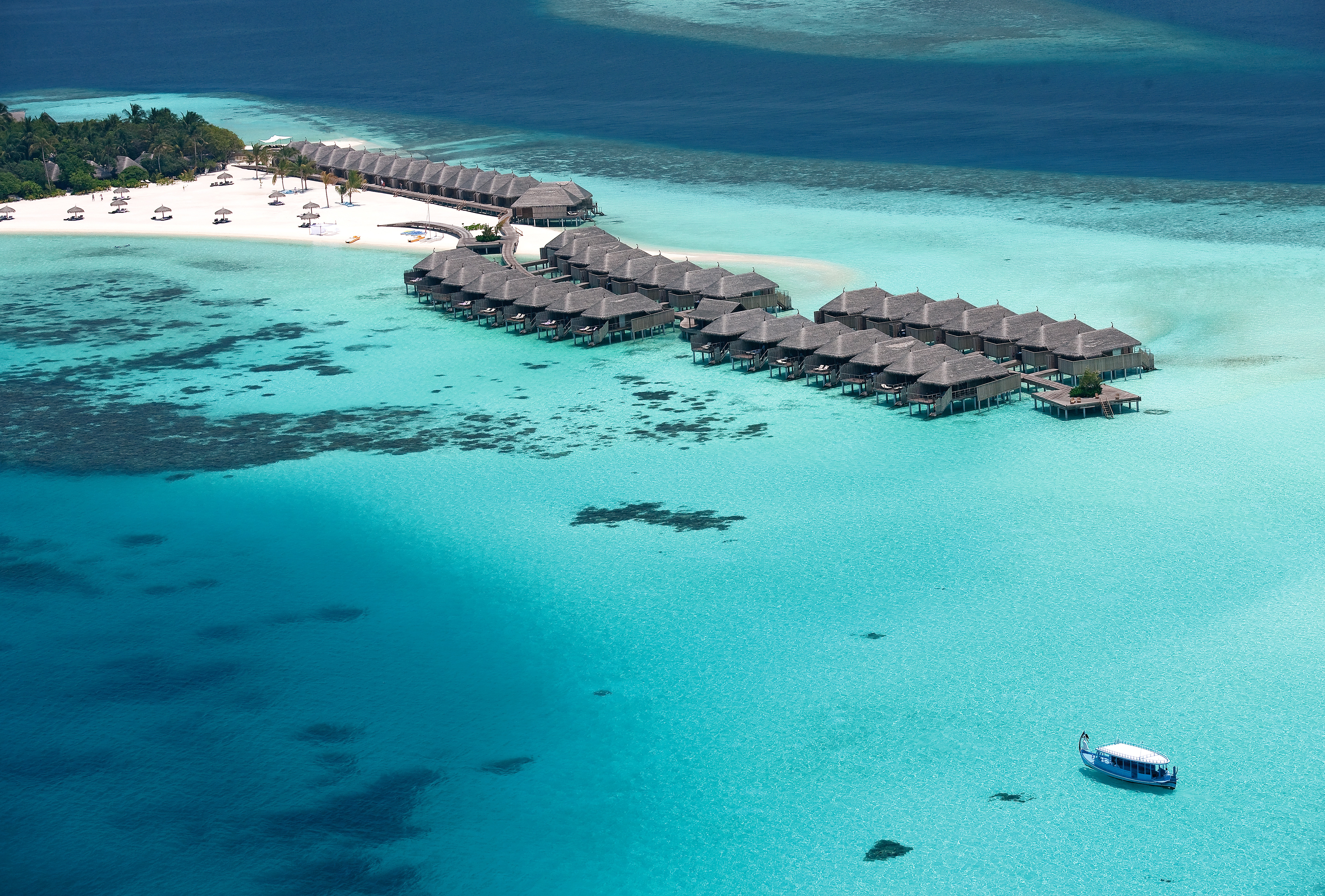 From your experience, then, what are the key ingredients for a successful buddymoon?

Elise: Be sure you’re only traveling with buddies that you already know you enjoy traveling with. You don’t want to leave anything to chance on such a special trip. And definitely carve out some alone time just for the two of you, away from the group. 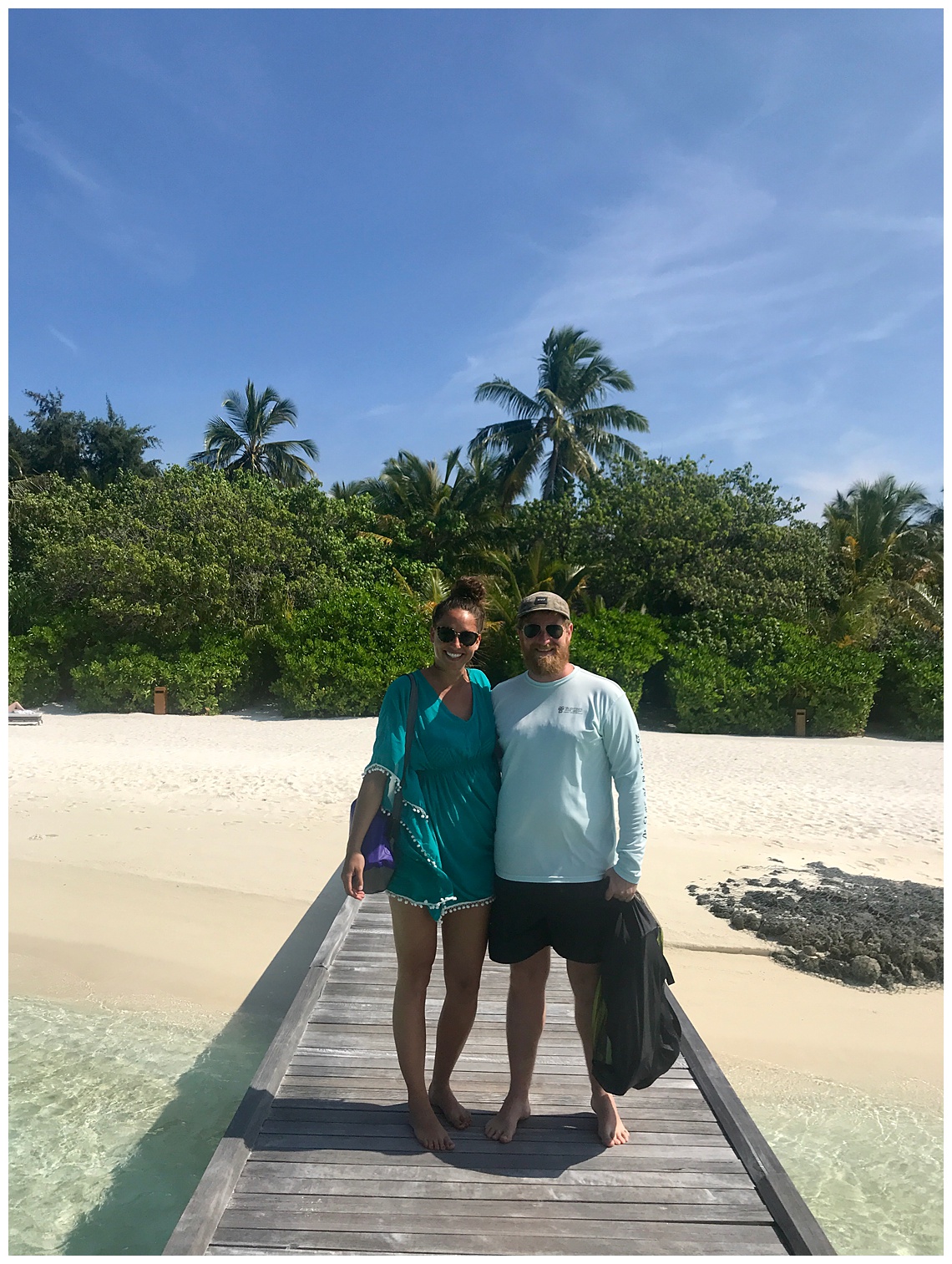 And are you planning round two for your anniversary?

Elise: We’ve always joked that we’ve been going on honeymoons and buddymoons every year since we started dating, from Costa Rica to the Galapagos Islands to South Africa. I don’t see it slowing down anytime soon — we have our sights on Kenya and Chile for our next adventures. 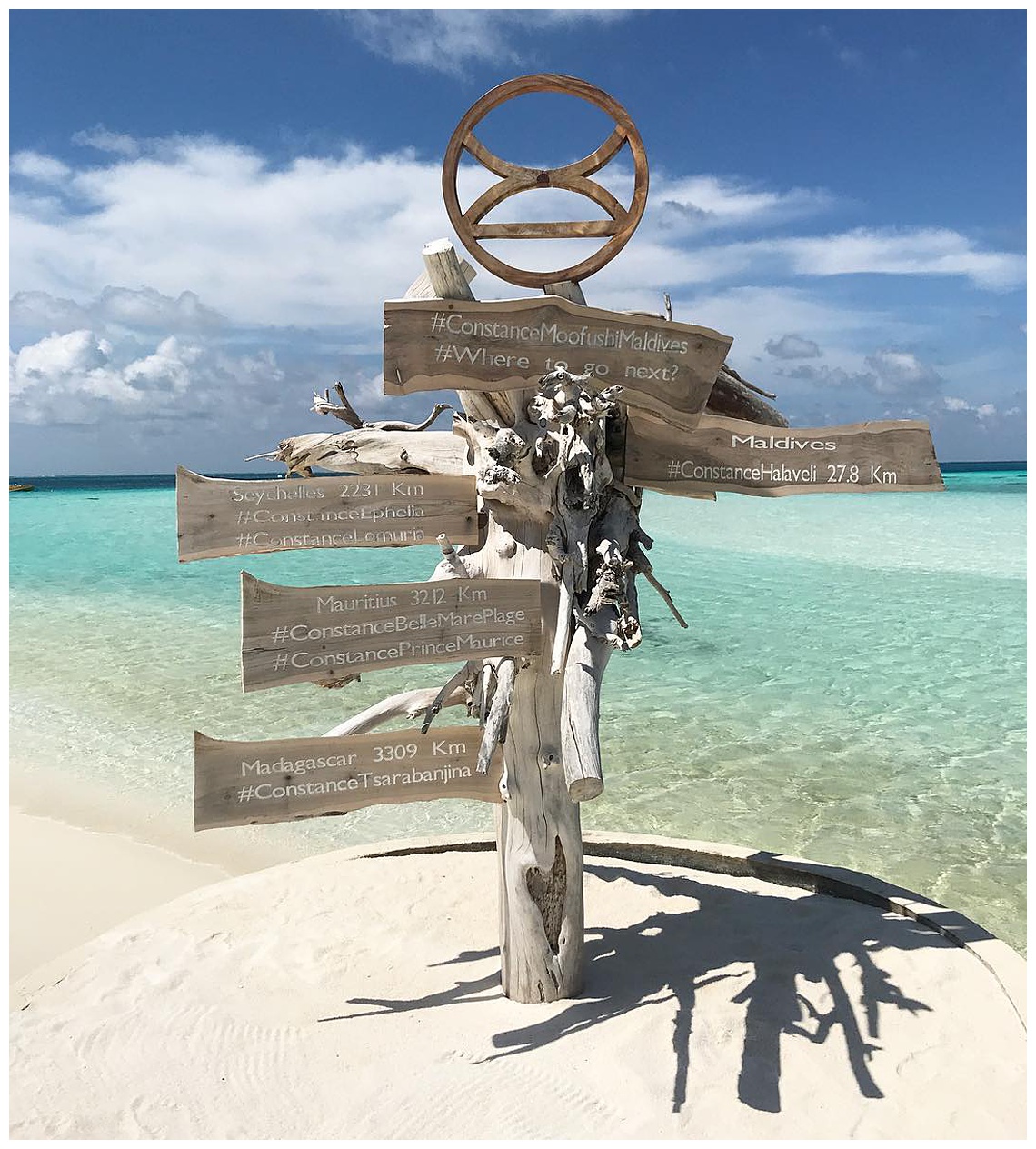 What Are You Waiting For?

Mr & Mrs Smith is the travel club for hotel lovers: an award-winning boutique-hotel booking service specializing in the world’s most seductive stays.

Founded in 2003, there are now more than 1,000 boutique and luxury hotels in the collection, all hand-picked and anonymously reviewed. With Smith you’ll get the best prices guaranteed, free extras on arrival and round-the-clock service from Smith24, our in-house travel specialists. The collection now also includes luxury villas, bespoke itineraries and unique experiences, too. Go to mrandmrssmith.com to browse and book.

Would you consider planning a buddymoon–or do you have one booked already? Let us know in the comments! Whether the buddymoon ticks all your boxes or you prefer to travel just as a couple, Mr & Mrs Smith have got you covered.

Mr & Mrs Smith is a Smashing The Glass handpicked sponsor and this is a sponsored post.
Thank you for supporting our sponsors! You can find out more about sponsored posts here.