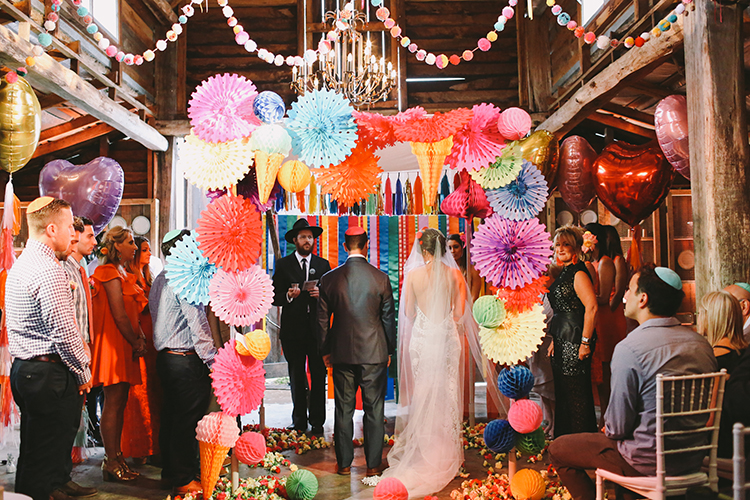 Question: How is a Jewish wedding different from all other weddings?

Answer: The heart of a Jewish wedding beats amidst its unique traditions and within the potent symbolism. A chuppah, the processional with the parents of the bride and groom, the Klezmer or uniquely ‘Jewish’ music, the Seven Blessings, the breaking of the glass, the chair dance…and of course, there’s more.

While the traditions make the wedding, these days many Jewish and Jew-ish couples are choosing to lend a more modern, egalitarian approach to their simchas by updating the rituals so that they take on a meaning that speaks more to their values as a couple.

Reimagining the traditions, for some couples, is a key part of the wedding planning process. Here are some creative ways that many brides and grooms are choosing to modernize the Jewish wedding traditions and make them their own: 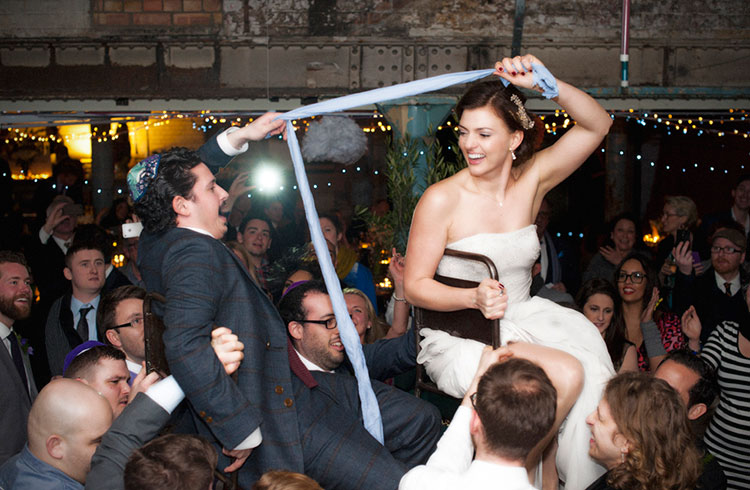 The Ketubah is the Jewish marriage contract, written in the ancient language of Aramaic. It is typically framed and hung in the marital home after the wedding day and is often lovely to look at. The text of the traditional ketubah hasn’t changed much over time: it is legalistic and doesn’t mention love, instead stating that the groom has “acquired” his wife. With the advent of feminism, couples have increasingly found solutions to the limitations on the woman’s role in a Ketubah.

Some choose to keep the traditional wording but choose their own English text to sit alongside it: words that describe the home they want to create or the bond that they share. Other couples write their own Ketubah so that the wording aligns with their shared values (sample Ketubah texts are available all over the internet).

It’s the custom for the Ketubah to be signed by two male witnesses, but some couples choose to ask fourâ€Š–â€Štwo men and two women. Others ask a woman and a man to sign, and some couples ask all the guests present at the ceremony to sign the ketubah.

Some couples remake the notion of a Ketubah entirely, choosing instead something called a brit ahuvim, a more egalitarian agreement, which allows for each spouse to share in an equal partnership; no suggestion of “acquisition” is made at all.

The Ketubah is more than a contract; it’s a scroll-like parchment which is a work of art in itself. It can be fun to plan artwork for it or get a custom-made Ketubah. The details of Ketubot are wide ranging: Etsy is a great starting point for the curious. 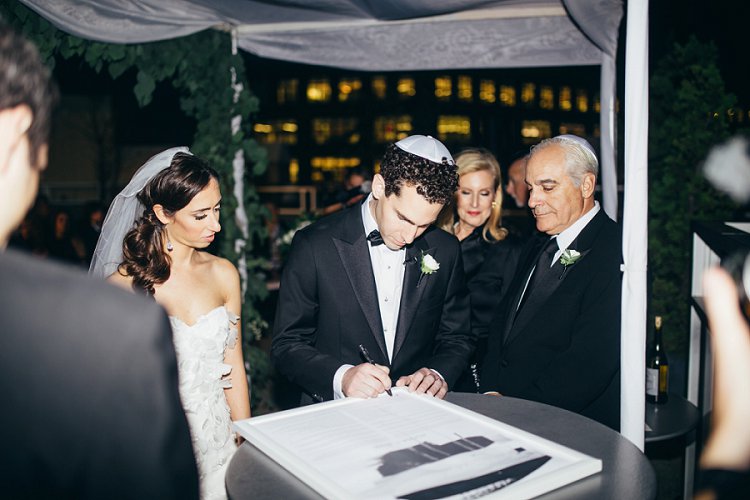 Get creative with your Chuppah

The chuppah is the wedding canopy beneath which marriage takes place. In medieval times, the groom would place a tallit (prayer shawl) or veil over the bride, covering her as a symbol of the marriage’s consummation. But with the use of portable canopies in 16th-century Eastern Europe, the chuppah began to refer more to the tent or structure itself and less to the act of covering the bride. It has come to symbolize the marital home that the couple will create together, and its open walls signify that family and friends will always be welcome.

Some couples choose to use fabrics which have a special significance to them, while others ask family and friends to write messages on the chuppah fabric on the day of the wedding or by mailing them fabric squares in advance. Chuppah illustrators, makers and designers abound on the internetâ€Š–â€Šthe world of chuppah creation is vast.

Nature loving couples may choose to have their chuppah built from natural materials like sticks or rocks, a chuppah for romantics might be adorned with lots of flowers, while minimalists may choose a simple framework for their Chuppah, with only one or two simple adornments. Undoubtedly, some of the most magical moments of a wedding day will take place underneath the Chuppah: it’s crucial to make sure it’s a space that feels entirely right. 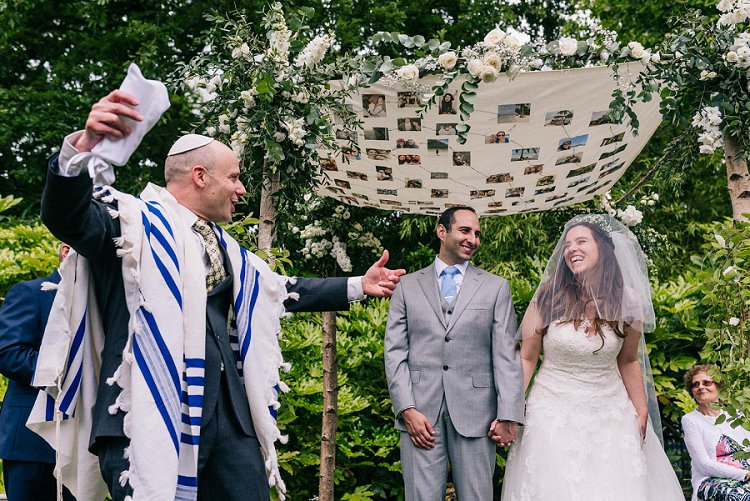 The custom of the bride walking in a circle around the groom seven times has many explanations: One is that “When a man takes a wife” appears in the Bible seven times. Another is that the circling is a physical enactment of the wedding ring, conveying wholeness. Yet another is a mystical notion that the bride, in circling seven times, enters seven spheres of her husband’s innermost being.

Many couples are choosing to adapt this custom to lend a more equal approach: the bride might circle the groom three times, followed by the groom circling the bride three times, and then the couple can circle once together. Some couples even choose to do alternating circles around one another. 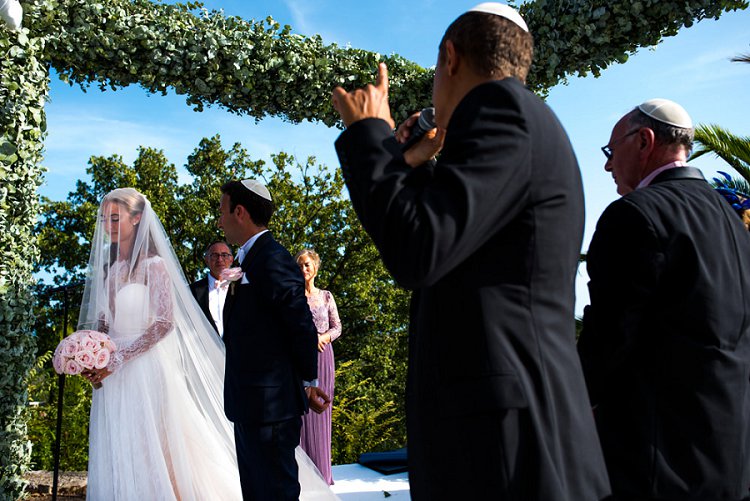 The seven blessings of a Jewish marriage ceremony are recited over a shared cup of wine. These blessings include a prayer for peace in Jerusalem and an ask that married life be filled with joy. 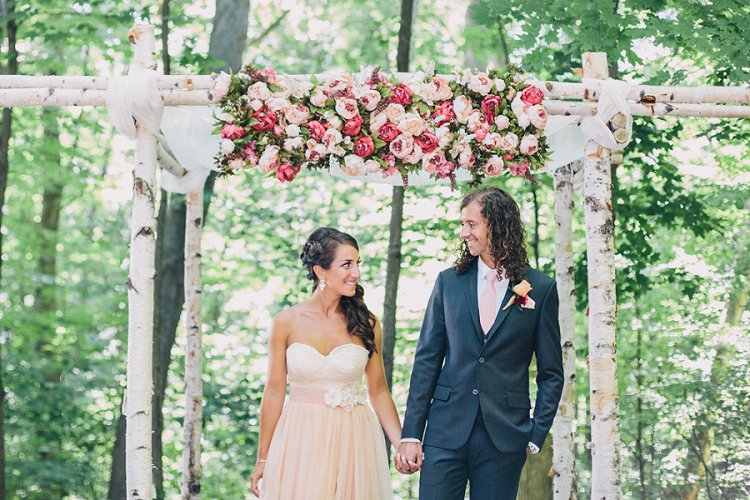 Choose two rings instead of one

Jewish tradition involves the groom placing a ring on the bride’s finger: his giving and the bride’s acceptance of the ring is the foundation of the ceremony. Jewish law requires the ring to be precious metal, have some value, be unadorned by stones and not have any decorations cut out of it. The Hebrew declaration of “With this ring you are sanctified to me as my spouse” is a touchstone moment.

Many modern couples are choosing a more equitable approach where the bride also places a ring on the groom’s finger and says a blessing. “I am my beloved’s and my beloved is mine’ is commonly uttered by both the bride and the groom in reform weddings. 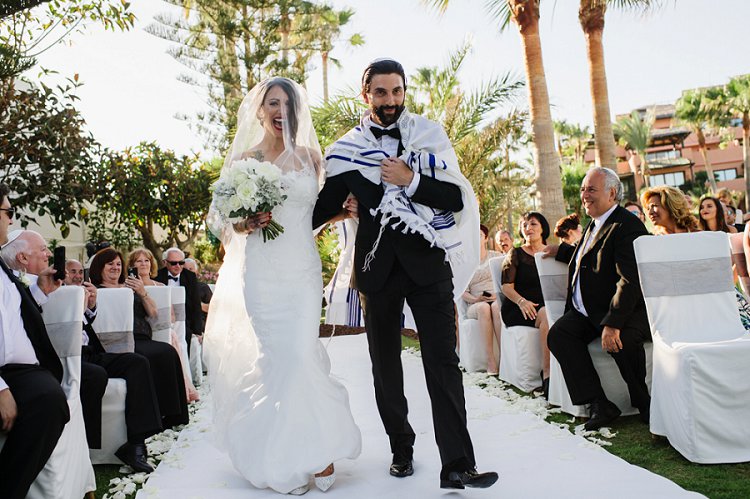 At the conclusion of the ceremony, the groom traditionally breaks a glass under his foot. There is a myriad of explanations for the smashing of the glass. It is often thought that the action is done in memory of the destruction of the Holy Temple in Jerusalem. Others believe that the broken glass is reminiscent of the fragile nature of marriage itself, something which must constantly be nurtured. Yet another interpretation of the breaking of the glass is that where there is rejoicing, there must also be the recollection of some pain endured in the past.

These days, some couples are smashing the glass together, and others are smashing two glasses (one each). And after the wedding, what to do with the shards? Some couples buy or make a personalized pouch for the shattered glass (and glass shards) or design a custom piece of art made out of the shards. Others will turn the shards into a mezuzah for the door of their marital home. 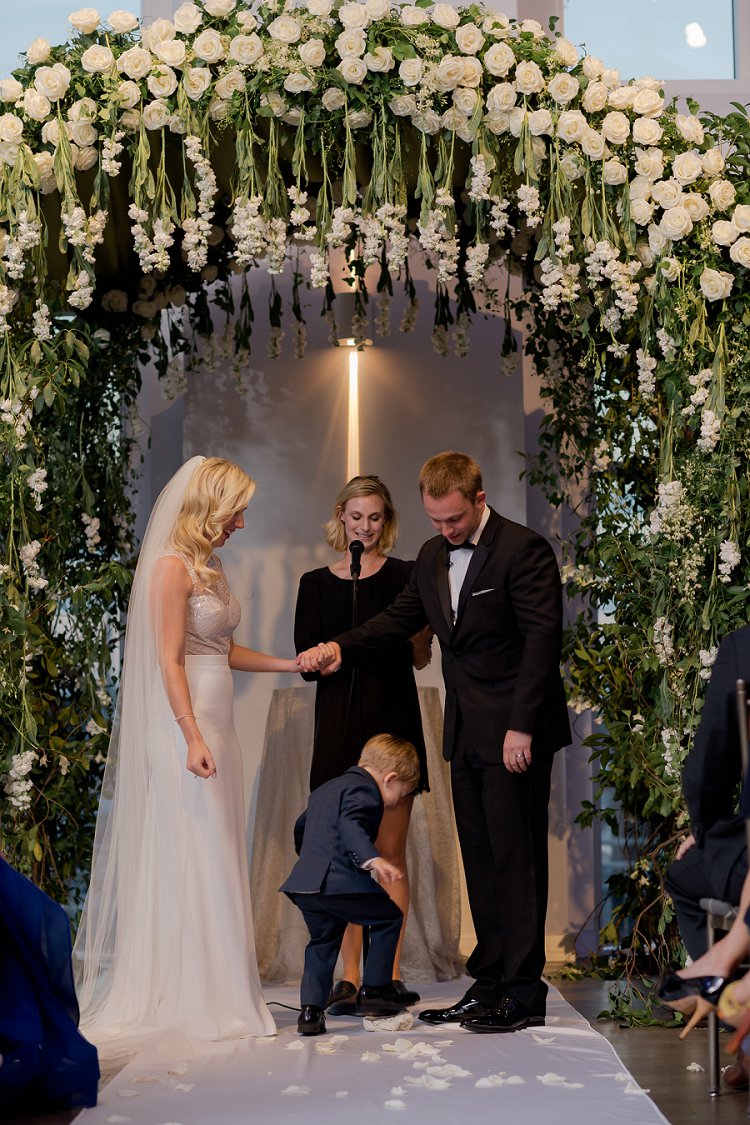 There are, of course, so many more creative and modern interpretations of Jewish wedding rituals. For example, a bride may choose to forgo the badecken (veiling ceremony before the wedding) or to go ahead with it but then have the veil lifted off her face before the ceremony begins so that she feels less ‘hidden’ during the wedding. Or a couple may choose to write their own, personalized vows in English to accompany the Seven blessings. A good source of information if you’re interested in personalizing and updating Jewish wedding traditions is this book: The Jewish Wedding Now by Anita Diamant. Alternatives to traditions abound!

About the author: Amy Schreibman Walter’s writing has appeared in You Magazine, A Practical Wedding, Tablet and The Huffington Post, among many others. Follow her on Twitter @amyswalter or find her at www.amyschreibmanwalter.com